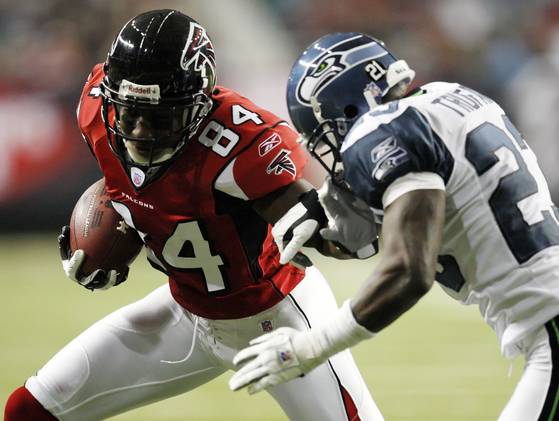 The 49ers and Falcons are favored in their respective NFC divisional round games, but their respective opponents do not figure to be pushovers.
Saturday, San Francisco and Green Bay meet for the second time this season with Jim Harbaugh’s Niners favored by three points with the total at 44.5. Kickoff is slated for 8:00 PM ET at Candlestick Park.
In the other NFC semi-final game, the Atlanta Falcons face the surprising Seattle Seahawks. The Falcons are currently a -3 point selection with the total at 46. Game time is 1 PM ET at the Georgia Dome in Atlanta.

The Pack is back
Green Bay (12-5 SU, 10-7 ATS) advanced with an easy 24-10 victory over Minnesota. Granted they will not have the luxury of playing on the frozen tundra of Lambeau Field or of facing an inexperienced QB like Joe Webb. Still they’ve got an excellent chance of winning in San Francisco.
The 49ers (11-4-1 SU, 9-7 ATS) beat the Packers in Week 1 30-22. Aaron Rodgers threw for 303 yards and two touchdowns, but it wasn’t enough as the Pack failed to cover as a six-point favorite.
San Francisco’s quarterback situation has changed since the game against Green Bay. Alex Smith was the starter then but has since been replaced by Colin Kaepernick.
The 49ers have been nearly unbeatable at home in the Jim Harbaugh era, going 14-3-1 SU at Candlestick. Two of the losses came in overtime. In all due respect to Kaepernick who has energized the offense, San Francisco’s defense does the heavy lifting. They are second in scoring and third in total defense.

Mr. Rodgers Neighborhood
Rodgers is in peak playoff form. The Packers quarterback has 11 touchdowns and no interceptions over his last five games. Overall he has thrown for 4,295 yards this season with 39 touchdown passes and a league leading QB rating of 108.
The updated odds for the 2013 Super Bowl have the 49ers listed at 6/1 while the Packers are a 15/2 pick.

Battle of the Birds
Atlanta tied with Denver for the best regular season record at 13-3, but has been all but ignored by the betting public in their ‘who’s going to win the Super Bowl’ conversation. As a result, the Falcons will be out to prove that they are deserving of wearing the top-seed mantel. Granted the Falcons have had a stellar season, but have yet to win a playoff game in the Matt Ryan era. Another loss this weekend is a distinct possibility for Atlanta even with home-field advantage.
Seattle has become the fashionable Super Bowl pick and for good reason. The Seahawks are 6-0 SU (5-1 ATS) in December and January, outscoring the opposition 217-74. They’ve got the right combination on offense with QB Russell Wilson and RB Marshawn Lynch; plus the defense is playing at a championship level.

Hidden Treasure
If you are going to play one total this weekend, consider the over on the Packers/49ers tilt. Since mid-November, San Francisco is 7-1 to the high side.