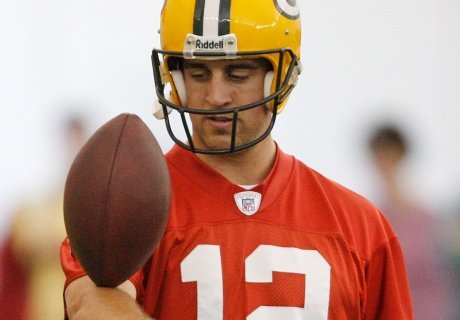 It is no easy task in ranking the top quarterbacks from the recently concluded NFL season. There were several QBs who had career years, and then there was an influx of rookie talent at the position.
Everyone has different criteria when it comes to ranking the top QBs. For our list, we will use three factors: personal statistics, importance to the team and playoff success.
Joe Flacco, Baltimore Ravens
Super Joe had a dream season capped with an MVP award in the Super Bowl. He had a string of near perfect playoff performances (1,140 yards and 11 touchdowns without an interception) and is now the highest paid QB in the history of the NFL. He will earn more than Montana, Young, Favre, Elway, Bradshaw, etc. Not bad for a guy who was 14th in the NFL in passing last season.
Drew Brees, New Orleans Saints
Brees led the league in passing with 5, 177 yards, tossed 43 touchdown passes and did it without his head coach. He is 1A to Aaron Rodgers’ No. 1 among NFC quarterbacks.
Aaron Rodgers, Green Bay Packers
The Packers had no running game last season and the defense was a constant question mark. The Packers still won their division and made it to the playoffs thanks to Aaron Rodgers. The Packers QB had the highest passer rating in the league (108.0), was second in touchdown passes (39) and finished with 4,295 yards passing. He is the best runner among the pocket passers in the league (259 yards, 2 TDs) and is the unquestioned leader of the Pack.
Tom Brady, New England Patriots
Brady got his Pats excruciatingly close to advancing to the Super Bowl again. He was fourth in the league in touchdown passes (34), fourth in passing yards (4,827) and sixth in passer rating (98.7). Brady even restructured his contract so that the Patriots could resign some of their key free agents and pursue some new ones. That’s a team player all the way.
Peyton Manning, Denver Broncos
He is the comeback player of the year and the decade. Manning led Denver to the AFC semifinals throwing for 4,659 yards with 37 touchdowns and a passer rating of 105.8. Not bad for a guy who missed a year after undergoing several neck surgeries.
Regardless of whether John Elway agrees with the decision, John Fox’s choice to take the ball out of Manning’s hands with 31 seconds and two timeouts is unforgivable. Playing scared is no way to advance in the postseason, especially when you have one of the few guys on the planet you should trust to get you into field goal range in that situation. Instead, the Broncos let their season-long aspirations hang on a coin flip and a prayer.
Best of the Rest
Get ready for the era of the read-option QBs. Colin Kaepernick, Russell Wilson and RG3 are going to change the position dramatically. Do not worry though; there will always be a need for pocket passers.